Christian author E.T. Sullivan once wrote, “When God wants a great work done in the world or a great wrong righted, He goes about it in a very unusual way. He doesn’t stir up His earthquakes or send forth His thunderbolts. Instead, He has a helpless baby born.” The greatest forces in the world are not the earthquakes nor the thunderbolts, but rather the greatest force in the world are babies. In Luke 1:57-80 we learn of two baby boys God used for His ultimate plan:

Last week we heard of the foretelling of John’s birth as He answered his parent’s prayer, but this week we see Zechariah as he poetically prophesied at the birth of his son. The words of Zechariah’s hymn shows us three kinds of promises God kept by sending John the Baptist.

“Blessed be the Lord God of Israel, for He has visited and redeemed His people and has raised up a horn of salvation for us in the house of His servant David.”

God’s people lived with the promise that He would come down and visit them. When Moses was leading the children of Israel out of Egypt, after long years of slavery and bondage, Moses did something unusual. He took the bones of Joseph -- who had come to Egypt centuries before, and gathered them up and took them out as the people of Israel left. Why did he do this? Because Joseph had faith that God would visit His people in Egypt and bring them out of bondage. God had given Joseph a promise. So Moses took the bones with him since Joseph made the sons of Israel solemnly swear saying, “God will surely visit you, and you shall carry my bones with you from here” (Exodus 13:19). God kept His promise, and God visited His people through the sending of Jesus Christ.

Second, we see that God kept His...

“as He spoke by the mouth of His holy prophets from of old, that we should be saved from our enemies and from the hand of all who hate us; the oath that He swore to our father Abraham, to grant us that we, being delivered from the hand of our enemies, might serve Him without fear, in holiness and righteousness before Him all our days.”

Zechariah remembered in Genesis 22, when Abraham obeyed God by taking his only son Isaac to be sacrificed atop Mount Moriah. He remembered how Abraham was faithful only to be stopped and provided with a ram caught in the thicket to be sacrificed instead. God made His covenant with Abraham which would then be fulfilled by the arrival of Jesus, the Messiah. He would come first to liberate and deliver the Jews, but one day would return and be received by Israel as their Messiah, Lord, and King!

This is essential for us today because God offers everyone - both Jews and non-Jews - deliverance from our sin and Satan through Jesus Christ. But Zechariah displays that the goal of God’s deliverance and liberation is not for rest, relaxation, prosperity, and ease. Instead, “that we might serve Him without fear.”

Lastly, we see that God kept His…

“And you, child, will be called the prophet of the Most High; for you will go before the Lord to prepare his ways, to give knowledge of salvation to his people in the forgiveness of their sins, because of the tender mercy of our God, whereby the sunrise shall visit us from on high to give light to those who sit in darkness and in the shadow of death, to guide our feet into the way of peace.”

Now, Zechariah turns his face toward his newborn son, the one whom he prayed for. Who would he be? What would he do? (1) “The prophet of the most high.” An exalted and sovereign position of God. (2) “Go before the Lord to prepare His ways.” Prepare the people of Israel to meet the Messiah, the Son of God. (3) “Give knowledge of salvation… in the forgiveness of sins.” He would show them their need for forgiveness and God’s salvation through repentance. (4) Demonstrate God’s “Tender mercy.” He would display the deep compassion God has towards sinners. (5) He would point people to Jesus, as Christ was the coming “sunrise” who would “visit us from high.” Zecharaiah knew that John’s calling was to prepare the way for Him! 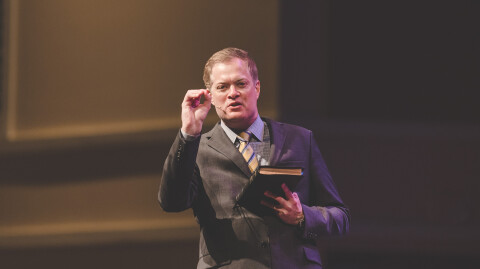 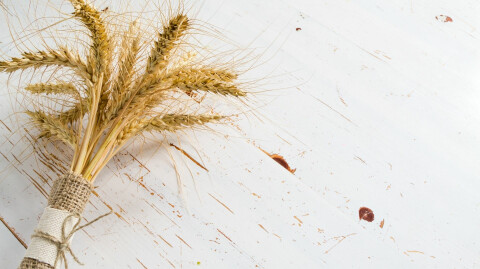