Quail Springs Baptist Church was originally established as Nichols Hills Baptist Church in 1950, located in what was at the time the rapidly-developing northwest neighborhoods of Oklahoma City. Under the leadership of Dr. Rupert Naney, 113 charter members met in a movie theater on Easter Sunday.

The church continued to meet in the old theater until late summer when the congregation moved to a nearby lumber company. It was immediately realized 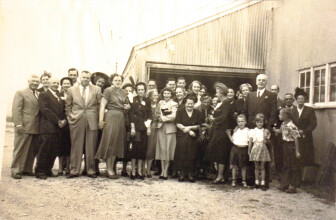 just how vital a dedicated church building was needed and the church began raising the necessary funding for their own space. The congregation moved into a small, 2000 square foot building at just 14 months after being incorporated. The first campus, located at Grand Boulevard and N. May Avenue, saw rapid growth and a new worship space and classroom wing were added soon after. Dr. Naney served the young church as pastor until the summer of 1966. Under his leadership, membership soared past 1,000 people and the church became a leading congregation in the Oklahoma City metro.

Soon after Dr. Naney’s retirement, the congregation called Charles Graves to fill the pulpit. Under Pastor Graves’ leadership, the church continued to grow numerically and in depth. By 1968, it became necessary to add a second morning worship service. In 1970, after almost two years of coping with inadequate worship space, a building program was completed which in turn doubled the seating of the chapel. As a result of the continued growth, generational ministries became more developed. Because of “Baby Boom,” space was renovated to fit the growing children and student ministries, as well as space for adult small groups.

The congregation knew that the building was going to have to accommodate their rising church membership. Together, members raised nearly half of the expansion project of their campus, but opposition from neighboring businesses and residents forced the church to consider other options.

The seemingly endless roadblocks to building additional space were discouraging. On a cool, Oklahoma autumn night, a few dozen deacons met to pray and brainstorm ideas about how to solve an ever-growing problem. Late into the night, three words were muttered across the room, “We could move.” 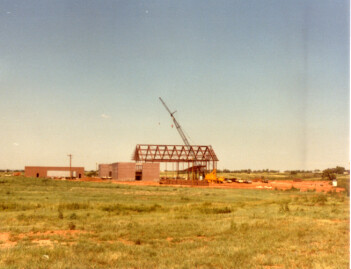 Oklahoma City continued to expand to the north including new development just southwest of Edmond. Just a few weeks earlier, the Baptist General Convention of Oklahoma purchased property in North Oklahoma City, right off May Avenue. The convention expressed its willingness to assign the rights of the 10 acres to the church in December, 1978. NHBC was on its way to becoming Quail Springs Baptist Church.

Construction was completed on the brand new campus in November of 1982. The congregation was so eager to get in the building, Sunday services were held in the middle of a construction zone. The Grand Boulevard property was sold a few months later and the church refined its new, modern facility and added the necessary space to host Sunday School classes. In September 1988, the membership voted to change the name of the church to “Quail Springs Baptist Church." This change reflected the commitment of the church to align with the geographic area of the new campus, as well as the new mission field.

In May of 1997, the decision was made to build a gymnasium and additional education space, now the current home to the Kids Ministry. Groundbreaking was held on September 14, 1997 and the addition was dedicated on November 1, 1998. 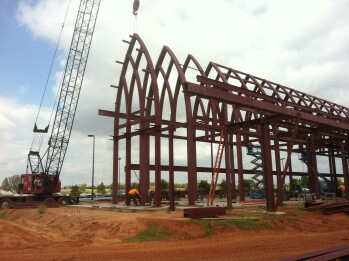 In May of 1998, Dr. Graves announced his retirement with more than 31 years of ministry. In December of 1999, the church extended a call to Dr. Brian Waite to become the third pastor of the church. Under Waite's leadership, the Worship Center underwent a major renovation to modernize outdated technology and faded styles. As a chaplain in the United States Navy, Dr. Waite was called overseas to serve in 2002 in the War on Afghanistan following the Sept. 11 Terror Attacks. In April 2003, QSBC called Dr. Hance Dilbeck to serve as senior pastor. Pastor Dilbeck, a two-time graduate of Southwestern Baptist Theological Seminary attributes Quail Springs’ period of growth to God, as the church exceeded more than 2,000 active members. 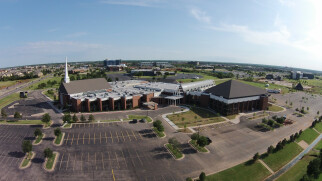 In 2006, the congregation unanimously voted to begin the building campaign, “A Work of Heart.” The project, which was completed in April of 2008, expanded the facilities for preschool and elementary age children, a new student building and more office and administration space. Since then, the Gathering campaign and the addition of the Adult Education space, Fellowship Hall, and renovated space have all been added, as well as The Hill campaign with the addition of the Worship Center and purchase of The Hill property.

Quail Springs Baptist Church continues to establish itself as a vibrant growing Gospel-centered church and a leader among Baptist congregations across the state of Oklahoma.